Experience the contemporary paintings of Russian-American artist and designer Alexander Gassel - blending the avant-garde with traditional Russian iconography and combining ancient symbols with contemporary subjects, Gassel creates surrealist works that reflect his cultural heritage alongside his experience of life in America. 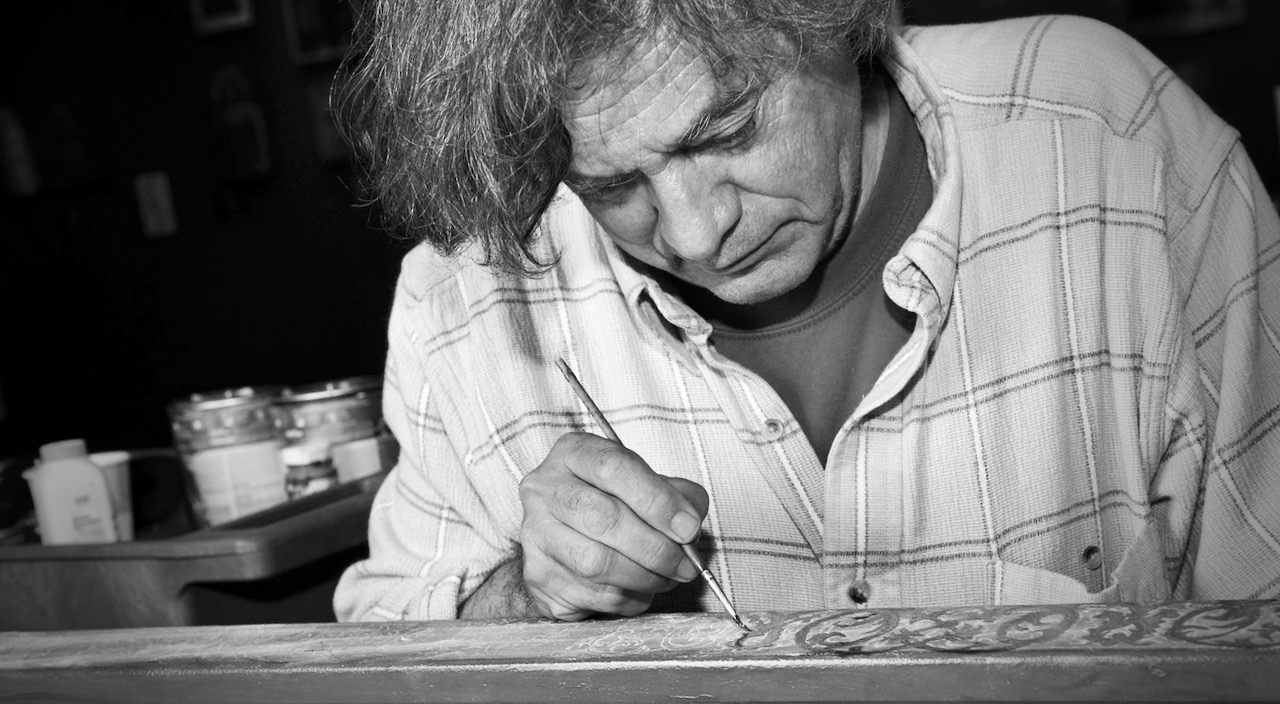 Alexander Gassel was born in Moscow, USSR in 1947, and graduated from Moscow Institute of Arts and Graphics in 1970 with an MA in Fine Arts.

From 1970 to 1980, Gassel worked at the Grabar Center for the Restoration and Preservation of Art in Moscow, restoring and copying medieval tempera paintings, as well as collecting and assessing icons that, at that time, were being removed from churches across the USSR and brought to Moscow for conservation and display.

Influenced by this experience, the artist began to create his own original paintings – for the most part personal interpretations of Biblical events. His own painting style is derived as much from icon painting as it is from his discovery of the suppressed early 20th century Russian master painters such as Marc Chagall, Wassily Kandinsky, and Kazimir Malevich. During the Soviet period, Art Nouveau, Art Deco and other stylistic European trends were suppressed. Gassel describes seeing the works of Chagall and Malevich surreptitiously in storage areas of Soviet museums. At that time, it was absolutely forbidden in the Soviet Union to exhibit contemporary religious paintings.

Gassel immigrated to the United States in 1980 with $10 in his pocket and no knowledge of the English language. He was not allowed to bring any of his artwork with him because by law no religious art could leave the country. He found work as a draftsman for a railroad company and painted on weekends. Eventually, he had an exhibition where he sold enough paintings to quit his job and once again work as an artist and icon conservator full-time.

In his work, Gassel uses ancient techniques employed in the creation of icon paintings. He paints with egg yolk tempera, making his own color pigments by grinding natural stones and minerals, such as malachite, cinnabar, or lapis into powder, which he then mixes with egg yolk. The artist often applies gold or silver leaf on the paintings. Blending the avant-garde with traditional Russian iconography, combining ancient symbols with contemporary subjects, Gassel creates surrealist works that reflect his cultural heritage alongside his experience of life in America.